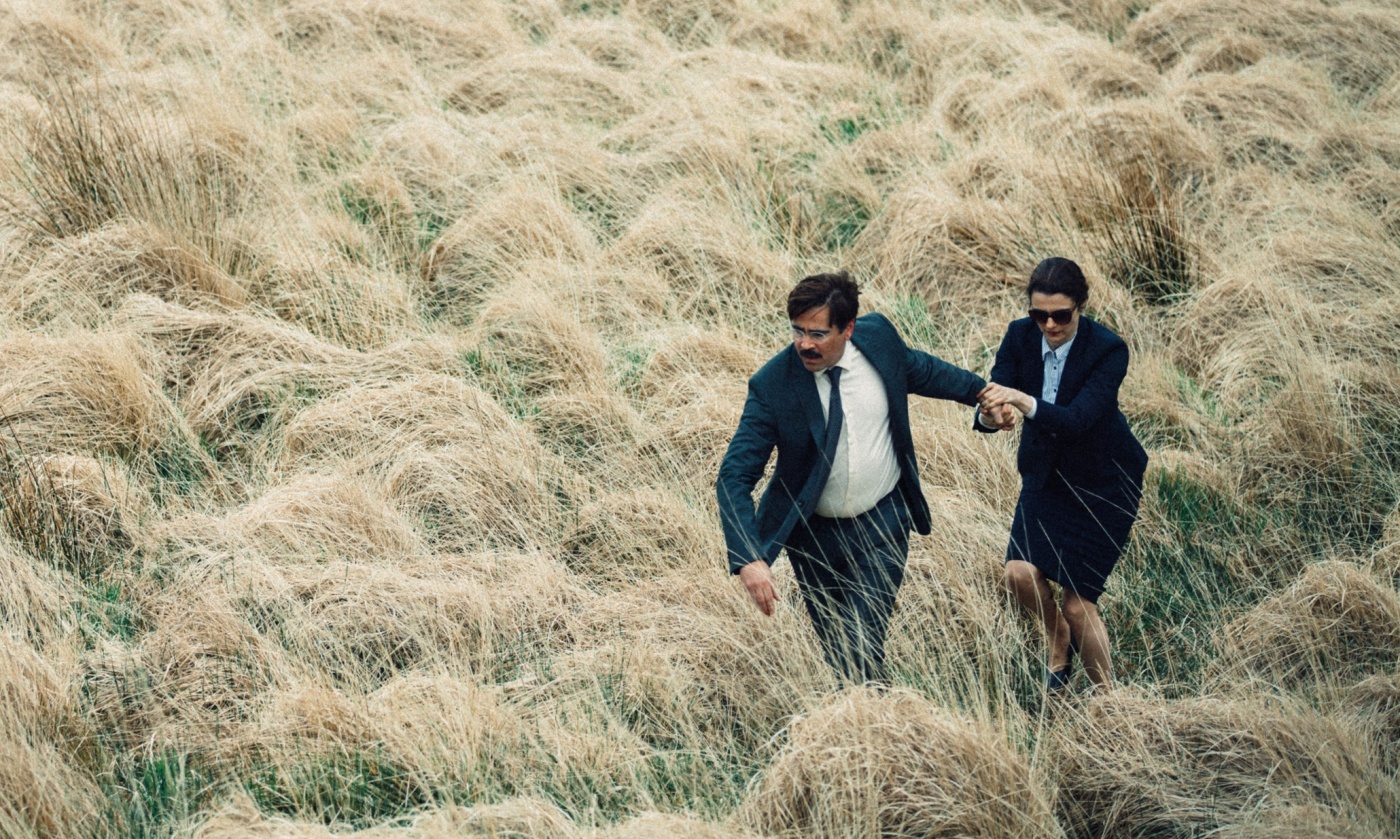 Okay; imagine one of your family meetings. Old people (sometimes, ones you barely know) will come to you and comment about how big you’ve grown, or about how small you were when they last saw you, or ask unnecessary questions about your personal life. Moreover, when they’re asking you when you’re gonna get a boyfriend, or when you’re gonna get married. Society is constantly pressuring you to get someone to love. They shame people who watch films in the cinema on their own, or eat in a fancy restaurant on their own. Yorgos Lanthimos’s whimsical, weird film The Lobster answers those annoying questions from (probably) your once removed second cousin.

The Lobster tells us about a near-future dystopian world, where single people are sent to a confined hotel for 45 days to find a partner, or they’ll turn into animals of their choice. Guests of the hotel are given identical clothes, are required to see several awkward demonstrations on the benefits of life with a partner, and are sent to a daily hunt, where they hunt for non-conforming singles (called Loners) in the woods, and for every Loner they capture, they’ll get an extra day in the hotel. The match-ability of the guests in the hotel is determined using a shared trait. Our main character, David (Colin Farrell at his very best), a short-sighted man, is admitted into the hotel after the death of his wife, and befriends a Limping Man (Ben Whishaw) and a Lisping Man (John C. Reilly). Tired of the hotel, David escapes the hotel and joins the group of Loners, led by their leader (Lea Seydoux), who also has a ridiculous set of rules, including a restriction of flirting and being in love with each other. Contradictorily, he met a short-sighted Loner (Rachel Weisz) who took his heart. 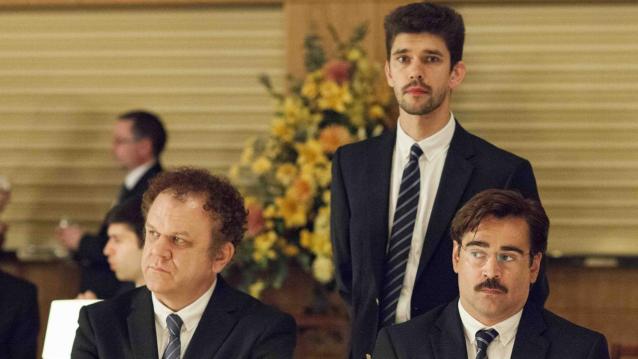 Singles in a dystopian world: John C. Reilly, Ben Whishaw,
and Colin Farrell in The Lobster

A lobster is much referenced in the world of surrealist art, most famously in Salvador Dali’s Lobster Telephone sculpture. Much like the famed work of art, The Lobster is surrealist satirical comedy at its best. Think Luis Buñuel and Monty Python with an unsettling air. The whimsical premise Yorgos Lanthimos and Efthymis Filippou built is already out of this world – making the movie out of the script is definitely out of one’s comprehension. Moreover, it is also really dark, with themes like murder and subterfuge, and the fact that neither of the Loners nor the Hotel are good. Much like a Wes Anderson movie, it hides its really dark themes in gorgeous cinematography and quirky performances, including how everyone in this movie speaks in such a deadpan tone (probably it adds the notion of a dystopian world). The Lobster is bustling with whimsy and the weird. 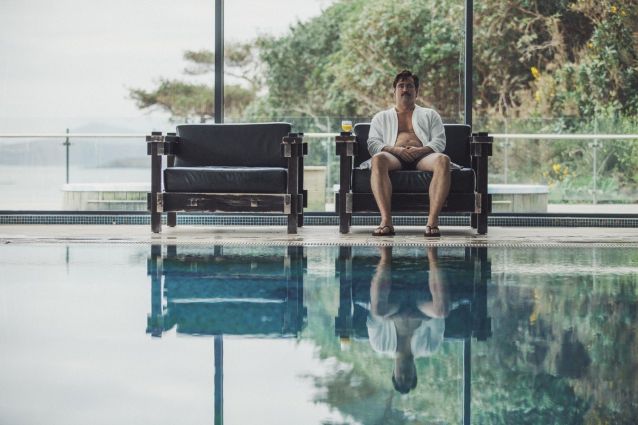 Searching for love in all the wrong places: Colin Farrell in The Lobster

Besides of its weird energy, the film serves as a critique to our modern society’s dating systems. First of all, how a person is reduces to a certain trait in the Hotel. The Limping Man is known because he limps; the Lisping Man is known because he lisps; and David is known because he is short-sighted. Dating sites often display areas of our interests, and match people based on their mutual interests. This topic is also expressed in teen films, especially on how teens are categorised into jocks, nerds, popular girls, and so on. The world is trying to summarise someone into a general trait, and there are no place for the loose screws. Another scene that intrigued me is when the Limping Man meets a woman who nosebleeds. The man desperately tries to be in love, and he fakes regular nosebleeds just to share the same trait with the woman and establish a relationship with her. This issue is addressed in the wonderful Gillian Flynn novel Gone Girl; how a person would fake their identity to the extremes just to win the heart of a person. For every person we fall in love with, we create a veil to hide our flaws from them and exaggerate things about us that they might like. Of course, the more one thickens his/her veil, the more disruption it would create through time, or specifically, in a marriage. Lanthimos translates the beautiful chaos of the thick veil perfectly in The Lobster.

And, last but not least, it addresses the theme of judgement. Seems like society is never satisfied; we pity the people who walk alone and resent two people doing PDA. The two edges of the sword in The Lobster is our society in a nutshell; everyone is waiting for singles to find a life partner, while singles are trying hard to keep their single friends single for the sake of being alone together. If those two opposing forces are exaggerated, the world would look like the universe Lanthimos and Filippou built in The Lobster. Colin Farrell’s and Rachel Weisz’s character found each other in the wrong time, where humans are stripped from their free will to love and not to love and replaced by the extremities of society. Lanthimos’s work is a fantastical dystopia, yet it hits so close to home.