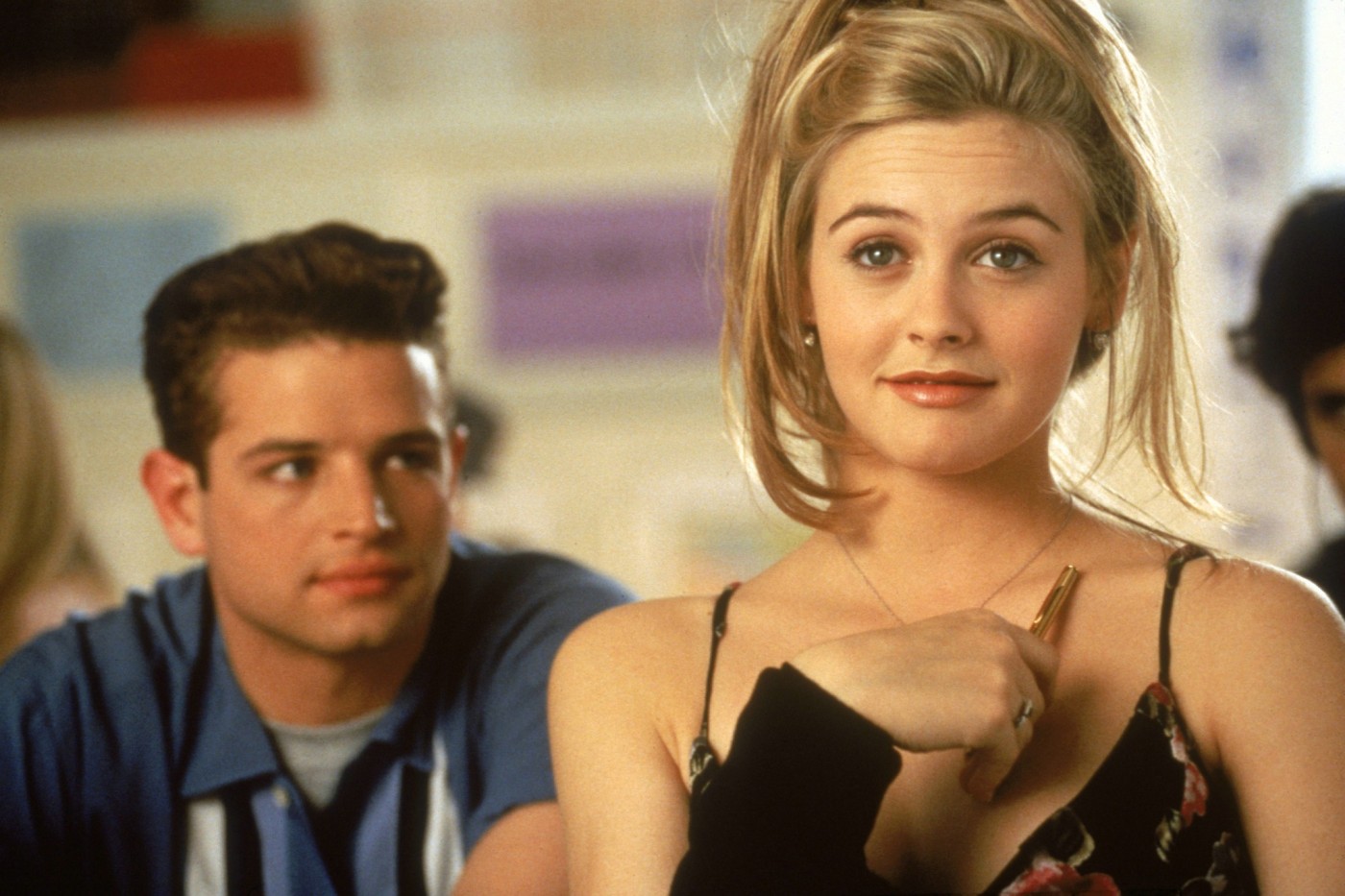 A few days ago I Skyped one of my good friends in the United States. We were just catching up on life while, at the same time, also exchanging tips for various types of standardized tests. He talked about the cute girl he met at his art class and his (failed) attempts to ask her out. I thought that was sweet, but he wasn’t too bugged about it since he’s not actively looking for anything serious. Meanwhile, he also told me about our mutual friend who, after his terrible breakup with his girlfriend, is actively pursuing another mutual friend of us, until the point where she got super creeped out.

A question popped into my head. I looked at my friend’s video-streamed likeness from my tiny glowing screen. “Why are people so serious in this game of pursuing The One? Damn, just, chill! I mean, that’s not really one of my top concerns in life.”

He scoffed. (I think his eyes gleamed in a peculiar manner for remembering his pursuit of the cute art class girl.) “Same. I mean, I think we’ll stay single the longest. People who are like that usually gets The One first,” he answered.

Shortly after our conversation, I noticed that he was about to doze off in front of his screen. I politely said goodbye and logged off, and I continued watching the seminal ’90s teen cult classic, Clueless. As I watched it, I thought of my conversations with my friend. Even though I came from a different clique in high school, I realized that I was not really different from Cher Horowitz, the airhead, popular, and spoiled protagonist of the film. In a world of humans having an itch to find their forever persons, Cher Horowitz is just trying to find her own lane.

Clueless itself is a story about Cher Horowitz (Alicia Silverstone), a popular, spoiled daughter of a lawyer in a Beverly Hills high school. She lives with her father and frequently interacts with her ex-stepbrother Josh (Paul Rudd) who helps his father on a case. She navigates through her high school life with her best friend Dionne (Stacey Dash): negotiating her way through good grades, playing matchmaker to her teachers, and including making over the life of new student Tai (Brittany Murphy). Some of her plans work successfully, yet some of her plans backfires; eventually she tries to find meaning in all of her actions. In a very meta declaration, she is clueless, but she tries to break out of her mold.

With Cher’s own narration, the film takes us in a first point-of-view odyssey into Cher’s high school world. We are brought into this journey through the eyes of a stock High School Popular Girl character. We see these kinds of characters portrayed in various high school movies as the big villain, or a do-gooder written for audiences to hate (justice for Sharpay!), but Clueless is different. We see Cher as a three dimensional portrayal for this trope. Cher has her own reasons for doing things that she has done (sometimes reasons that are hardly understandable to us because, unlike Cher, we’re broke as fuck) and, just like most people, she tries to make herself useful to the world around her. Cher might concern herself to the pursuit of popularity and the pursuit of men, but her main concern is making the world a better place. At the start of the movie, her actions might be thought of as superficial, like doing makeovers or playing matchmaker – things that happen in her own bubble. As the movie progresses, we see that Cher is trying to break out of her bubble step by step and doing bigger things to make the world a better place. Now that is a character development.

As director Amy Heckerling takes the audience through Cher’s journey, we also learn that things happening in Cher’s life are building blocks to her own betterment. Everything she did; her failed attempt at matchmaking, her fights, her persuasions, and her final epiphany builds her to be who she is at the end of the movie. She has no regrets towards all that happens to her; she knows that she can learn from them. This is clearly shown through the dramatic tone of the whole movie, especially in the music department. A shot of her ominous phone interlaced with “Thus Spoke Zarathustra”, 2001: A Space Odyssey style; dramatic inspirational music played after her speech; awards show music played in response to a classmate’s magnificent tardiness record. All of this insists that this is not just teeny teen events that adults could laugh at. High school is a groundbreaking moment in almost every person’s life, and every little action is a big moment to change Cher’s persona. Everything could be an epiphany, as with how everything could be an inspiration. 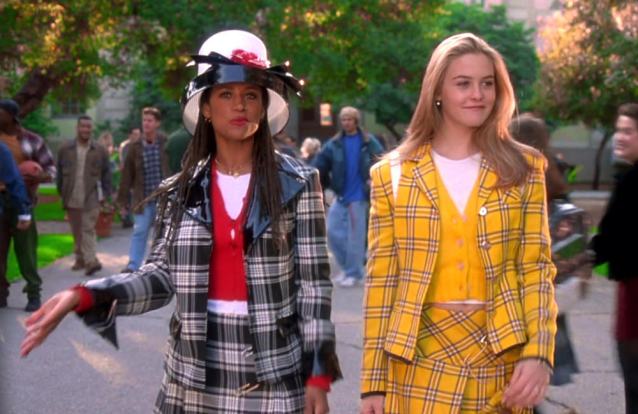 It’s interesting to note that in a world where people long for The One, Cher’s happiness comes from the happiness of others. She plays matchmaker for her teachers, even playing matchmaker for Tai, which ended up badly as the guy that is supposed to be for Tai ends up being interested in Cher. In a world of being a high school student where girls talk about boys all the time, she’s putting that mindset to her actions to make people around her happy. That seems peculiar, because by the start of the film, she is not concerned by the pursuit of love.

Instead, she is clearly looking for direction. She is clueless. She tries to be a do-gooder but she is trapped in her little bubble of her friends, interests, and social status. Her little bubble includes disassociating her squad with the skater gang, including Travis, a boy Tai is into. Although Cher wants to make the world a better place, but this attachment to her bubble initially prevents her to do that. It seems harmless but it turns into a domino effect as Tai rises up to popularity and neglects both Cher and Travis. As trouble seem to arise from her actions, she becomes more and more aware of her presence inside the bubble. Things that she did backfired. And as the dominos came crashing down on her, she thinks about her purpose in life. She harbors jealousy towards Tai and tries hard to stay in her lane. But, much like her difficulty switching lanes on the road, what is her lane at the first place? This question became answered as she finds her answer through Josh, her socially conscious ex-stepbrother. It is indeed perplexing – she finds her meaning through a guy, something she was not expecting in the first place. She finds her meaning through love. And that’s perfectly fine.

The film closes with a shot of a wedding. We presumably think that it is the wedding of Cher and Josh (a jab towards the archaic fairy tale plot line), but it is revealed that it is the wedding of the teachers Cher matched in the beginning of the movie. This reveal, and a few other reveals (like Tai finally being with Travis) strongly reinforced that Cher’s efforts of doing good to the people around her has succeeded. She is satisfied, her efforts are successful, she has found her meaning, and gained a guy in the process. She is not clueless anymore.

Thinking about my Skype conversation, finding The One is just a mere distraction for the hollow thing in everyone’s heart. We’re all looking for meaning. Like Cher, we are all clueless humans drifting through the vast high school of life, making sure we try to do good to others in the process. We just gotta enjoy this whirlwind we call life and continue dwelling in the age-old question of meaning and existence – and probably getting someone to love in the process.