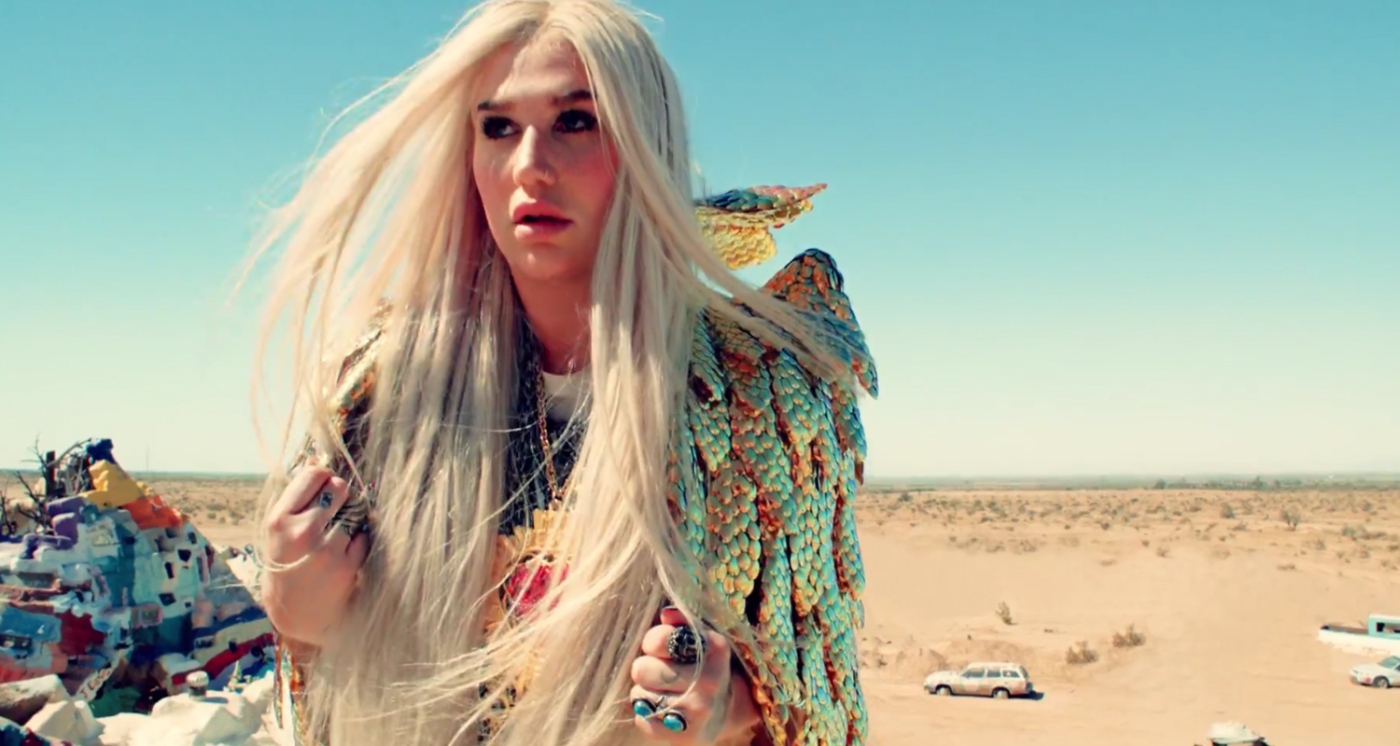 We all got to admit that Kesha is the darling of the turn of the decade. By 2010 I filled my gum box sized MP3 player with bops like TiK ToK and Your Love is My Drug. Although I was still a primary school graduate by then, I was trying to learn how to party with my friends (at least in my parents’s house with adult supervision) and Kesha taught me how to do that. Associated with the party girl image, rocking tons of gold glitter makeup and a stylized dollar sign as the “s” in her name, some people would say she would be the God of Party if pop music is a religion. I’ve always admired her because of her no-care attitude; I was the type of kid who always wanted to be the cool kid but didn’t have the emotional nor the motivational capability to do it. I was stuck to finishing my math homework when what I really wanted was to throw away my fraction addition worksheet and hang to the mall with my friends. It was the brink of middle school and all I wanted was to break free. Little did I know that it was also what Kesha wanted.

In “Praying”, her lead single off her first album in five years after her lengthy legal battle against Dr. Luke, she sings about being controlled out of her will. In the intro of the track, she sings about her woes while facing this person, accompanied by a somber piano leading up to a full orchestration. The chorus then tells something that so little songs about breaking free do – Kesha hopes for retribution, but she also hopes that this person will find peace and fix their heart. “I’m just gonna say this, I wish you farewell,” she sang, leading to the momentous chorus. In this song as well, Kesha shows her vocal ability by channeling her emotions – even a casual listener would say that Kesha gave her all for this song, and that this song has powers to move mountains.

When I listened to this song, I admired Kesha even more – but for a different reason. She is very, very courageous. One’s first instinct after breaking free out of a situation in which they are in terrible peril would wish for the other person’s misfortune and focus on the hatred, like what we usually see in so-called diss tracks in modern pop music. While Kesha, the wonderful woman she is, focuses on a change of heart. She wishes for the other person to find peace and be a better person. Because, yes, in anger people forget that other people can change (even though sometimes it is very very hard), but Kesha didn’t focus on the hate; she focuses on the love. And after all she’s been through and the disgust she harbored in her heart (and elaborated in the second verse of the song), it’s really hard to focus on the love. Yes, Kesha did that, in a song full of emotional weight; a sincere expression of her soul. And that makes for great art.

Listening to the new Kesha album, I thought of my 12-year-old self and how I looked up to Kesha. Now, I look up to Kesha too, for a different reason. I believe she has a heart of gold. In a world of celeb feuds and diss tracks, it’s a special thing to express some peace and love. And let’s focus on the love.