The Disaster Artist is a film about the making of The Room, widely acclaimed as the worst film ever made. This story is told through the eyes of Greg Sestero (Dave Franco), co-star and friend to the film’s charismatic director Tommy Wiseau (James Franco), and brings us through a journey of the making of the friendship and the making of the film. What makes this special is that The Room isn’t just another bad movie; it’s a cult classic and a cultural phenomenon that has lasted in midnight screenings and Internet fanbases after 14.5 years of its release. You can find variations of the phrase “so bad, it’s good” in almost every review of the film. The Disaster Artist acknowledges this; it opens with an array of showbiz people (including Adam Scott and JJ Abrams) talking about The Room’s impact on modern cinema. After the opening, we are taken into Tommy’s World, together with all its eccentricities, its tumult, and its wonder. 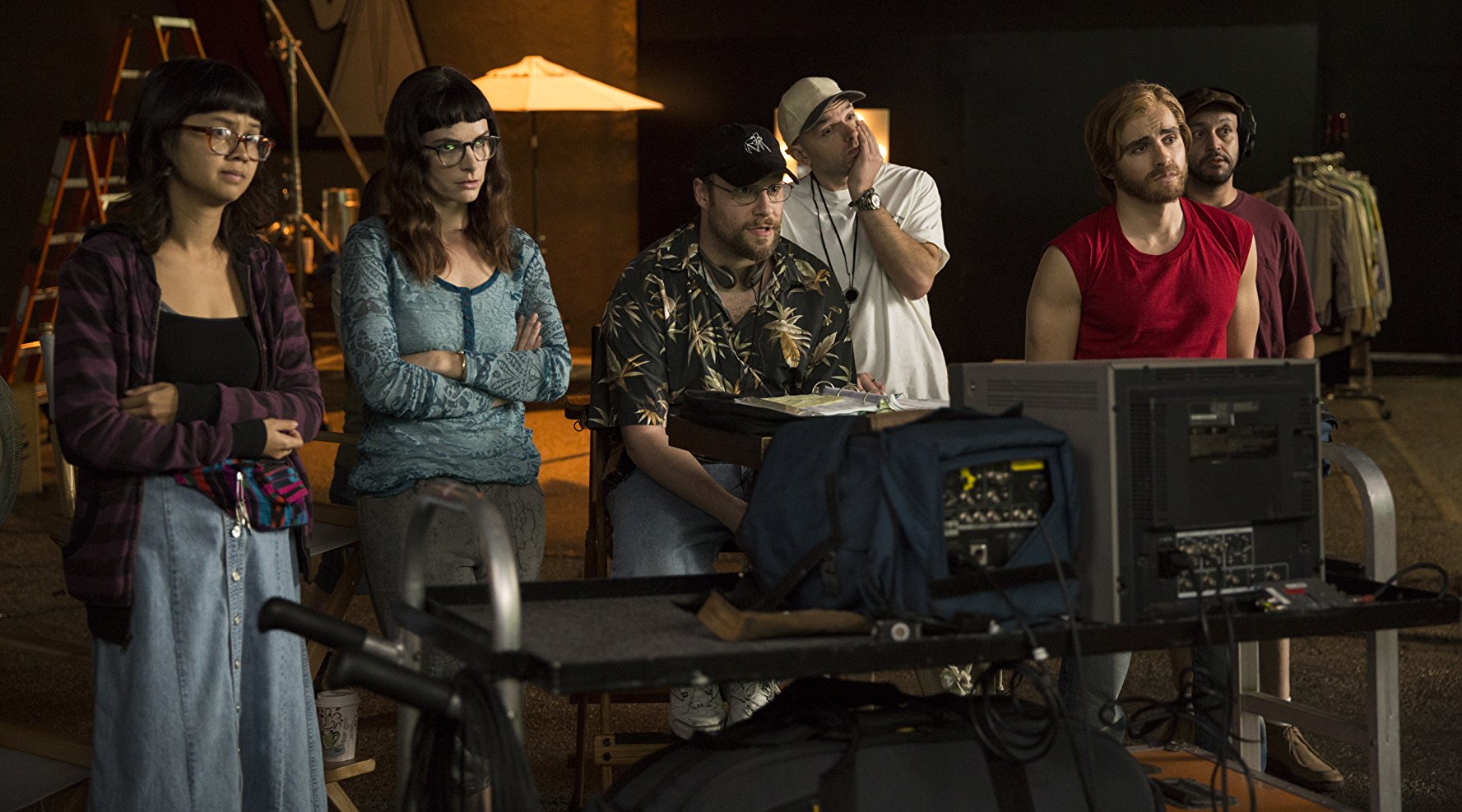 The cast and crew of The Room filming a pivotal scene in The Disaster Artist.

The first element why The Disaster Artist succeeds so beautifully is James Franco himself. Portraying Tommy Wiseau, he is able to embody all the elements of this idiosyncratic character. It’s like watching Wiseau’s own soul transported into a James Franco (dressed as Tommy Wiseau) body. It would be interesting to see Franco’s portrayal lined up with the big players in the Oscars. Daniel Day-Lewis is probably locked in the Best Actor nominee with his work in Phantom Thread as a renowned dressmaker, Gary Oldman will probably be nominated with his work in Darkest Hour as Winston Churchill, and we have James Franco up and running after portraying a director who often becomes a laughing stock. It’s because James Franco is able to portray an inside look of Wiseau yet still remain mysterious, and most importantly, his performance highlight’s Wiseau’s ego.

In the eyes of Sestero, Wiseau remained a mystery. The director won’t answer questions about where he came from (answering New Orleans although we hear an Eastern European accent), how old he is, or where does his money come from. Sestero never knows who is the charismatic man and what made him what he is. All he knows is that he has a bold vision; laughable and ridiculous, some might say, but still bold. From choosing to shoot in both 35mm and digital formats simultaneously, crafting nonsensical dialogue, to shooting awkward sex scenes, he deflected all criticism made by the script supervisor, director of photography, and the cast, and sticks with his ideas. In a big fit, he proclaimed to Sestero that “nobody respects my vision”, as it has been deemed silly by almost the whole production crew. Turns out, nobody respected his vision.

One of the greatest scenes of the whole movie (and also one of the greatest scenes of 2017) is the premiere – when Hollywood first laid eyes on The Room. It is a magnificent scene because there is so much emotion playing in the eyes of both the consumer and the creators of the film. We can see their reaction expressed very well and the scene can tell us that being in the room where The Room happens is probably the most rewarding experience a filmgoer can get. From interest, confusion, ridicule, and laughter, the audience encompasses all the range of emotions while watching The Room for the first time. And how does this affect Wiseau? Clearly, he is initially distraught when he got that reaction. He felt like he failed. Through Wiseau’s initial reaction, this film addresses yet another question about artistry; does great art fail when it fails to deliver its creator’s vision? Not for Sestero and Wiseau.

In a pivotal scene, and being Wiseau’s best friend, Sestero confronted Wiseau and told him that everyone is having the time of their lives watching this movie. It sparked a change of attitude in Wiseau – a change of attitude that is evident even until further midnight screenings nowadays, where he chose to embrace the laughter. This film argued that from Wiseau’s failure, there is always a silver lining. Failure could be a good thing if it is seen in a different perspective. This is the main reason why I thought the premiere scene in The Disaster Artist is one of the best scenes of 2017: it succeeds as a culmination of the major plotlines (the making of The Room, Sestero and Wiseau’s friendship) of the film, and ties it together in an inspiring revelation about failure that doesn’t sound didactic.

As for The Room itself – my drama teacher in college once said that great art means different things to different people. Through the premiere scene, we can see that The Room evoked different reactions from different people. But, does that mean that The Room is great art? If it is great art, then why is it hailed as the worst film ever? Is The Room a perfect example of finding beauty in vulgarity? We can keep asking these questions, but it’s all the same in the end. The most important thing is that the audience is laughing and having the time of their lives.

After watching The Disaster Artist, I imagined myself being Wiseau, enjoying cult success after such a badly received movie. I imagined being asked:

“How does it feel to be the creator of the worst film ever made?”

And I would probably answer: