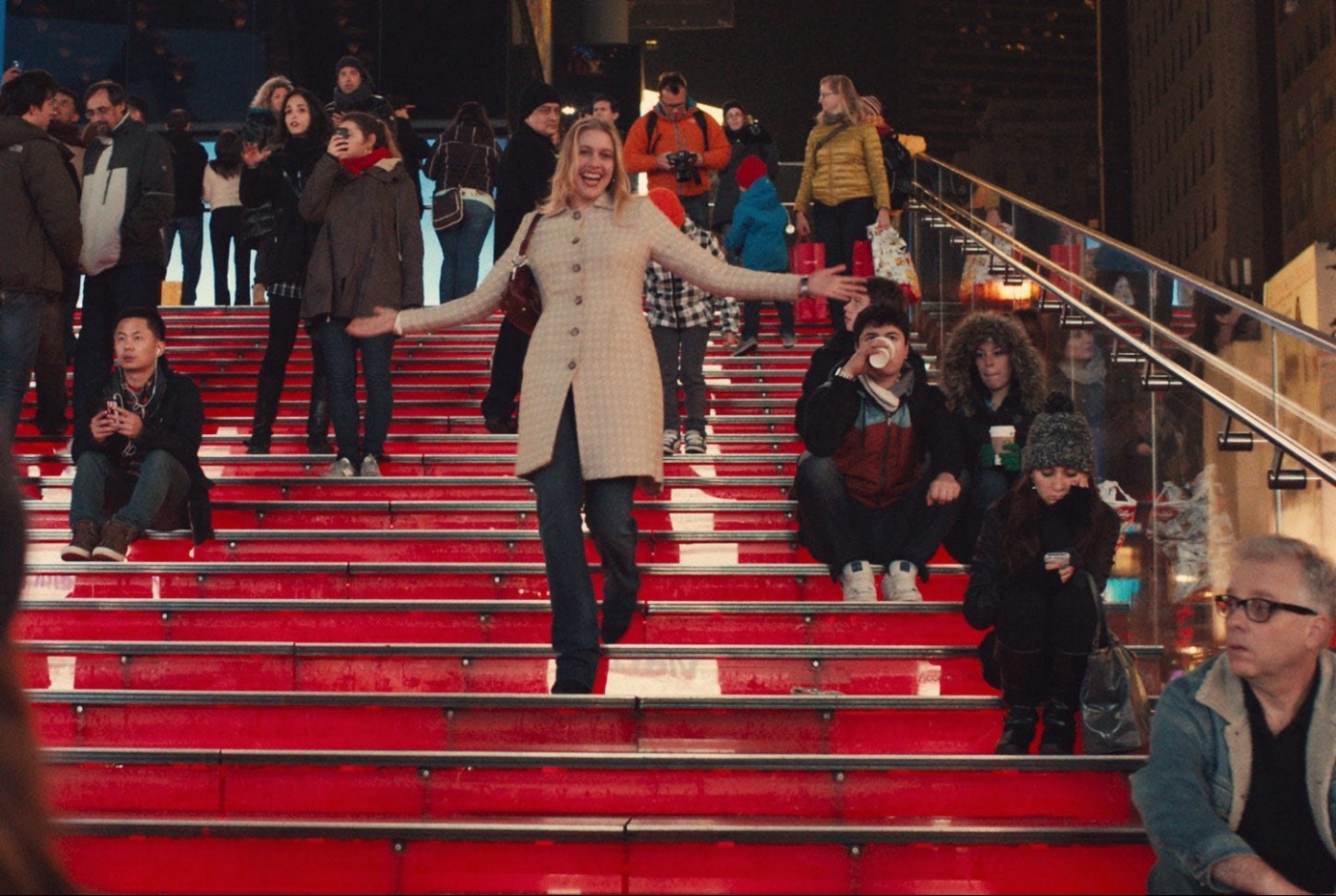 I remember my first days in New York City, when I had just freshly transferred to Columbia University from my community college.

I followed the humdrum schedule of orientation, where I took part in transfer student mixers and had to endure the sheer impostor syndrome I had when I found that most people transferred from schools like UC Berkeley and Cornell, not their local community college. I was pinching myself in the face about how I managed to get into this prestigious institution, so much so that I spent months doubting myself about my academic achievements in community college. However, when college gave me death, the city gave me life. The time I got out of the bubble that is 116th Street for the first time was when I met an acquaintance from community college in Chinatown. I ditched my shitty dining hall scrambled eggs & bagels with a $4.50 plastic container of rice, barbequed pork, and sauteed cabbage. I ditched conversations with my intimidating peers talking about their nanobiotechnology internships with my newfound friend talking about how she’s getting home: “I guess I can take the B/D to Columbus Circle then switch to the A/C or the 1, depending on which will arrive earlier” — it was all Greek to me. But that was when life made sense.

Although I’ve lived in the city for three years and counting now, I still remember vividly how alienated and estranged I felt when I first arrived on campus. I buried that memory deep inside me, but it all felt super real when I watched Mistress America. The film, directed by Noah Baumbach and co-written by Greta Gerwig, tells a story about the city through the eyes of Tracy, an aspiring writer and first-year student at Barnard College. Barnard and Columbia are sister campuses (with different presidents and different curricula) but sometimes we share the same classes (e.g. the undergraduate theatre department only exists at Barnard and the undergraduate computer science department only exists at Columbia during my time) and, mostly, the same experiences. Some scenes brought back the muscle memory of my time at Columbia — calling my mom on the benches in front of Milbank Hall, pretentious freshmen talking about Antigone’s turn with the law in my Literature Humanities class, the frozen yogurt machine at John Jay Dining Hall (!!!) — but some of Tracy’s life and decisions really mirror my own. I viewed Columbia as a pretigious institution, so I felt like I had to up my level: in fashion, for example, I had to change my sense of style and wear a preppy coat and shirts inside of sweaters all the time so I can feel like one of the Beat poets. Also, much like Tracy, I joined a writers community my first year in college and tried to get into the literary circle in my school (before my need to survive trumped my idealism and I spent all my focus on finishing my computer science degree). And much like Tracy, I found someone who helped me discover the city, and had a fallout with them.

There are different ways to experience a big city. Two people who have lived in New York may attest to different versions of the city, even though they live in the same city. With a city like New York and its multiple incarnations in pop culture, it is easier to imagine the multitude of lives in the city. You can live in the city as a micro-influencer, invited to New York Fashion Week parties and get brunch at Pietro Nolita every weekend. You can live in the city Broad City-style, broke and juggling multiple side hustles at once. A lot of these differences can be attributed to various factors (capital being a major player in it), but one big factor is going to be the first person who introduces you to the city. When you get out of your housing/college bubble, you seek which places are worthwhile to go to from the first friend who takes your hand and guides you around the city. For Tracy, this friend is Brooke. Brooke is very different than Tracy even from the get-go — the introduction for her character happens when she descends the red stairs of Times Square, welcoming Tracy to the Great White Way. I know that if Tracy were a local, she would resent even the thought of being in Times Square, but together with Tracy’s introduction to Brooke, that was Tracy’s introduction to New York beyond 116th Street.

As Brooke introduces Tracy to New York, Tracy gets a glimpse into Brooke’s whirlwind life. With Tracy trying to avoid her only friend at Barnard/Columbia, she forms a fast bond with Brooke out of necessity. Brooke is a very different person from Tracy; she is a vivacious girlboss who has an array of jobs and interests. Tracy definitely sees Brooke as a character compared to her quiet demeanor and more stoic view on life. Brooke starts to bring Tracy into her Williamsburg parties, her late nights at Veselka (one of my ultimate favorite restaurants in NYC, check out their fried pierogis when you visit), her zoned commercial apartment — the real, real New York compared to her college bubble. And even though Brooke and Tracy are very different, Tracy is very intrigued with this Brooke character — noting down her quirks and actions. Tracy constructed her projection of Brooke’s inner thoughts, while at the same time aspires to be as confident as her: “I’m pretty sure college is supposed to be more fun than I’m having. I’m kind of attractive,” she confessed. At first, the friendship is built on some sense of idolatry. Much like my friendship with the friend who introduced me to New York (different friend from my intro paragraph).

Things get messier when our characters visit Greenwich, Connecticut, in a mission for Brooke to secure an investment for her restaurant from her “enemy”. The scenes play in a very chaotic fashion (I’d kill to see this script performed on an Off-Broadway stage) as the characters deal with their own issues — Tracy’s friend and driver Tony and his girlfriend Nicolette’s attachment issues, Brooke pitching her business and at the same time reconciling with her “enemy” Mamie Claire, Mamie Claire and her husband Dylan and their own issues in their marriage, together with Tracy’s newfound confidence and her mission about being more upfront about her feelings towards Tony. In the middle of it Baumbach and Gerwig throws in two random characters to shake up the already scalding hot cauldron — Mamie Claire’s book club peer Karen waiting to be picked up by her husband, and their annoyed neighbor Harold. The scenes get more and more hilariously riotous, however, all the issues and conversations came to a pause when Nicolette brings forward Tracy’s short story to the group — a story based on Brooke. Here, the very, very personal becomes very, very public; Tracy’s assumptions and projections about Brooke are presented to a tribunal of her and Brooke’s friends and enemies, but most importantly, to Brooke herself. As a writer myself, I don’t shy away from drawing inspiration from my friends — I understand Tracy’s choices but at the same time I can’t help but sympathize with Brooke. I can’t summarize it any better than Baumbach and Gerwig’s choice of words: as Tracy asked Brooke if she knew great plays, “how would it have been if Tennessee Williams hadn’t used people he knew, there wouldn’t be any plays –” Brooked interrupted her with “I don’t give a shit because I am not a friend of Tennessee Williams.” Brooke viewed the fictionalized version of herself as Tracy’s perception of her personality, and viewed it as a betrayal.

So, Tracy took the Metro-North back to Manhattan and continued her life. For some reason, the scenes of Tracy alone in New York after her fallout with Brooke hit me the most. Since Brooke is the very person who introduced her to New York, New York felt different without her. Nothing connected her to Brooke anymore, not even family. Her acceptance to the college literary circle felt empty, the breeze down College Walk with the lighted trees feels more chilly than usual, the psychic tells her she’s dead inside. The fried pierogis at Veselka felt cold on her tongue, the euphoric high at Soul Cycle doesn’t hit her anymore. She watches the Macy’s Thanksgiving Day Parade alone. Baumbach and Gerwig really hit the note on friendship breakups, especially friends who introduce you to a new life. You go to the places they introduced you to, but you kept thinking about your time with them. This is New York, but not the New York you knew.

Even though the psychic told Tracy about how she’s empty inside, he also said, “Spirit says that you need to find your home in yourself.” When I first watched the feel good ending, I wasn’t really convinced by it, mostly since I haven’t had that closure with the friend I fell out with (circumstances are different in my case, and closure means different things for different friend breakups). However, come to think of it, the ending revealed a very important thing; Tracy and Brooke may be very different people, and the way they think of each other might/might not change, but their care and compassion towards each other never changed. Indeed, all friendships are romantic. Tracy still cares about Brooke, and vice versa. The ending is also a starting point towards Tracy building her own version of New York. I can only wonder how things would turn out if Baumbach and Gerwig were to make a Mistress America 2 — Tracy, a senior in college, having her own unique experiences in the city, holding the hand of a freshman trying to get out of the Barnard/Columbia bubble. However, this process should start by Tracy finding a home in herself, and growing up from experiencing Brooke’s version of New York to finally experiencing her own. And looking back, she wouldn’t forget the influence Brooke has on her own New York escapades.

I can only attest to Tracy’s experiences while watching this film, mostly because I relate to Tracy the most, not just from my experiences during my first year in New York, but also because I’ve been in Tracy’s shoes in a situation similar to Brooke and Tracy’s friendship. (If you relate more to Brooke, DM/email me, I want to know what you think of the film!) However, this movie really moved me to see this dynamic from a bird’s eye view, and that behind layers of resentment, care and compassion will always prevail.